DOSSIER: Urban frescoes: they race for size
Treat yourself to a work of Basquiat

When will institutions be recognized?

Urban Art is today recognized as a major movement in its own right: museums are interested in it, auction houses boost the secondary market, cities make it a center of tourist interest … But is it recognized by all? Alas no ! A Gallic village resists fiercely, and not just any one. Public institutions in charge of promoting contemporary art indeed seem reluctant to consider artists from Street Art or Graffiti. And this is not even a well-argued – albeit somewhat contemptuous – criticism like that aimed at proponents of a traditional art, those who exhibit in particular at the Salon des Artistes Français or at the Salon des Artistes Indépendants, but well of a total ignorance of Urban Art.

This posture is not without consequence. While the state has released several millions to support artistic creation, no urban artist has benefited! Thus, for many years, no urban work has been purchased by the FRAC, whose collections number some 30,000 pieces! This situation has already been pointed out in the Urban Art Study of the Ministry of Culture, which interviewed stakeholders in the field. Beyond the significant financial impact, this blindness also harms the international visibility, especially among major collectors, of this artistic movement, which is nevertheless considered major by many critics. This is not the first time that holders of official recognition power have missed a revolution. 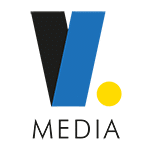